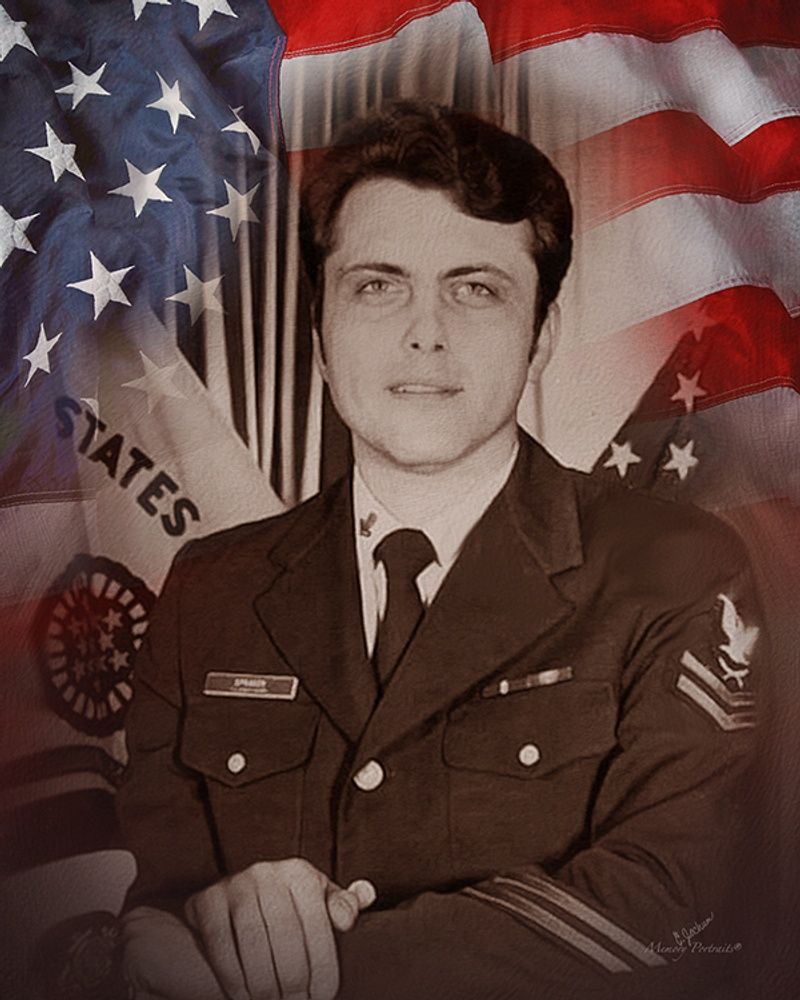 While serving in the U.S. Navy, Bob met Delores Staley of Washington, NC. They were married on April 16, 1976 in Alexandria VA. Upon completion of their respective tours of duty with the U.S.N., Bob enlisted in the Coast Guard while Delores enlisted in Coast Guard reserved and was later called to full active duty. After several transfers to different duty stations, Bob's final tour of duty was at USCG Headquarters, Washington DC, retiring July 1, 1994 after 22 years of service. He then worked for 5 years with the National Bricklayers Union in DC. In August 2000 Bob began his second career with the Virginia Department of Transportation retiring after 18 years of service. He was employed by the U.S. Marine Corp Community Services at Quantico, VA at the time of his death.

A graveside funeral service with full military honors will be announced at a later date.