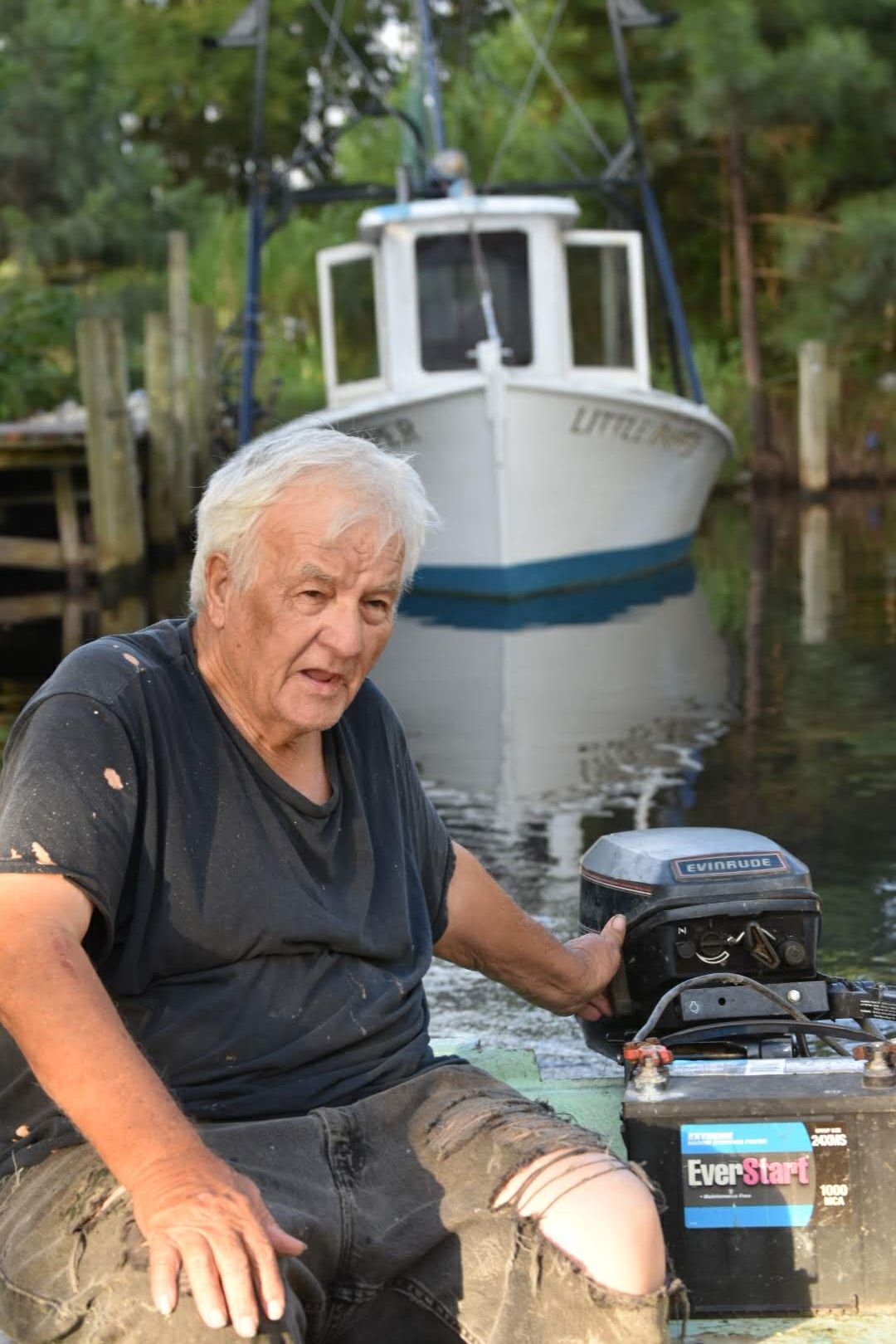 J.T. Voliva, age 76, a resident of Pamlico Beach, passed away surrounded by his loved ones on Saturday, October 22nd, 2022 at the Post Acute Medical Specialty Medical Hospital of Rocky Mount, NC.

Joseph Talmage Voliva(J.T.) was born on December 7, 1945 to the late Joseph(Joe Ben) and Hazel (Foreman) Voliva in Pamlico Beach, NC.

J.T. would keep an eye on things from "the hill” where his father had the canal dug for his commercial fishing family. J.t. was part of many generations of the commercial fisherman, he certainly had a love of the water and especially shrimp boats. His first shrimp boat was the "Donnie" which he bought around the age of 18. He also had the “Hazel V”, the "Modock", the "Miss Sandy IV", the “Snooky Doodle”, the "Captain Dennis", the "Captain George", the “Papa’s Joy”, and the “Little Dipper”. His favorite pastime was looking at shrimp boats for sale that he “just might get".

J.T. went to work as a deckhand and cook on a tugboat in his early teens, becoming a U.S. Merchant Mariner and sailing under the Seafarers International Union. He had many family members and friends in the world of tug boating, leaving a lot of great memories with so many.

J.T. in his later days would spend every morning down at the dock with his beloved dog Zeus (or as he would say, "Deuce"), enjoying the sun and making sure all was well with the boats. He would watch his grandkids fish off the bank or off the front of the "Miss Priscilla'' and he loved to pass out some soft crabs from his shedder.

Along with his parents, J.T. was preceded in death by his son Joseph W. Voliva, his brother Jack Voliva and sister Lorraine Linton.

Funeral services will be announced at a later date.

Joseph B. Paul Jr. Funeral Service is honored to be assisting the Voliva family.