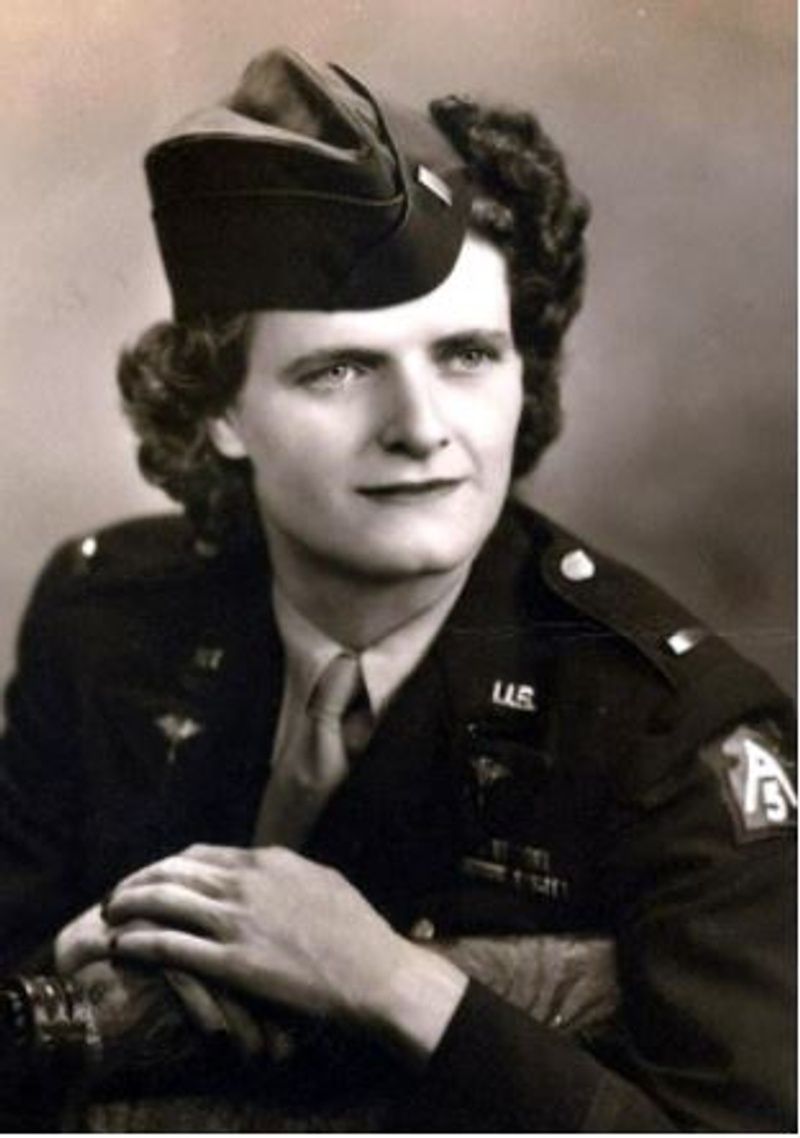 Dr. Marie Mason, a longtime resident of Raleigh, passed away on August 30, 2021. She was born in Rose Bay, NC on July 29, 1916, to Joseph Redden and Ina Bennett Mason. She was predeceased by her parents and her six brothers and sisters, Clyde, Gladys, Harvey, Marvin, Mary Elizabeth, and John.

Her long and accomplished life included many milestones and much service. She received her nursing degree in Rocky Mount, NC after graduating from high school in Hyde County, NC. She attended Campbell Junior College as their first school nurse earning her tuition as she simultaneously attended classes and coached the women's basketball team there. She graduated in 1941 and later continued her education at Meredith College in Raleigh. She joined the Army Nurse Corps during World War II and served as a First Lieutenant from 1943 to 1946, including two years in Italy, often working with wounded German prisoners of war. After the war, she returned to Meredith College where she received her B.A. degree in 1947 next attending the University of Kentucky where she received her master's degree in Sociology.

In Lexington, KY she worked at St. Joseph Hospital and the Good Samaritan Hospital where she was Director of the School of Nursing. She became the Director of Nursing at the new Central Baptist Hospital and later, became the Director of Nursing at the Louisville Baptist Hospital in Louisville, KY. She earned a PhD in Psychology and Counseling from University of Kentucky in 1966. In 1969, she became Dean of Students and Associate Professor of Psychology at Meredith College, her alma mater. She held the Dean of Students and professor positions until 1974 and 1987, respectively, and was the Director of Campus Affairs at Meredith until she retired in 1998.

She established student scholarships in 1996 for Meredith College and Campbell University students to help promote education and for the betterment of others.

As a lifelong Baptist, she was very active at Millbrook Baptist Church in Raleigh. She taught Sunday school, was a deacon and deacon chair, served on the Missions Committee and was the Director of the Women's Missionary Union for many years. She spent nights at a homeless shelter and the church weekly serving those who needed shelter. Being deeply dedicated to her church family and a life of service, she worked daily as a volunteer in the church office and Raleigh Baptist Association for another 14 years following her retirement.

She was a recipient of North Carolina's highest civilian honor approved by the governor, The Order of the Long Leaf Pine, in 2016 for her exemplary service to the state and her community.

She remained in her home with caregivers and church members seeing to her needs until her death. The family wishes to express heartfelt gratitude to her caregivers who helped extend her life and provided her with 'extra family' when she needed it most.

The Masons were a close-knit family and the brothers and sisters enjoyed reunions every year, often at the North Carolina beaches. She leaves behind numerous nieces and nephews and their families across the country.

A graveside service with military honors will be held at the Oakdale Cemetery in Washington, NC on Thursday, September 9th, 2021. A memorial service will be held at Millbrook Baptist Church, the date of which is not yet determined.

In lieu of flowers, donations may be made in her honor to Millbrook Baptist Church, Raleigh, NC.