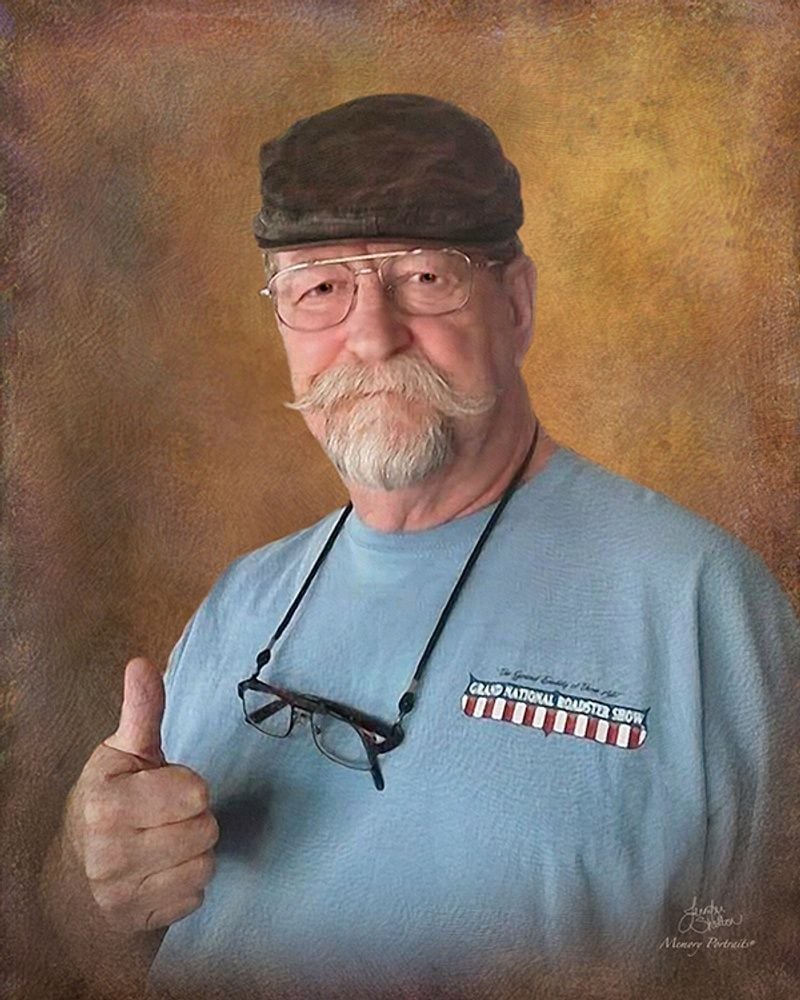 Bernard "Chip" Nelson Whittington Jr. a resident of Bath, NC, passed away at the Cancer Center at Vidant Medical Center on August 22, 2021 at the age of 77 years old.

A memorial service will be held Saturday, September 25, 2021 at 3:00pm at St. Clair's Church of Christ officiated by Craig Hagen. The family will receive friends at the church starting at 2:00pm and other times at the home of Chip and Clara.

Chip was born on July 1, 1944 to Bernard and Bertha Whittington at Georgetown University Hospital in Washington, DC. He fought a tough battle with Leukemia, Myelofibrosis and COPD. He will be remembered as a "hotrod" man whose passion was painting, whether it was a car, motorcycle, boat or just a small car kit. Chip lived the majority of his life in Virginia, where he started out as a simple mailman and stock clerk. He worked hard and made a name for himself with his painting and car building skills. He was a legend in Virginia and will be remembered as the "Flame Man". He ended his career as a self-employed professional painter of his own shop called Chip's Marine. He was a Civil War historian and loved re-enacting. In October 1997 he married the love of his life, Clara Lou Meadows. In 2016, Chip and Clara moved from Fredericksburg VA and retired in the Historic Town of Bath, NC. Not long after moving to Bath, Chip and Clara joined St. Clair's Church of Christ where they enjoyed fellowship with their brothers and sisters in Christ. Chip loved living by the water and enjoyed many days fishing on his pier, visiting with friends and neighbors and his latest project, modifying his "Hot Rod" golf cart.